Early on Saturday morning I departed with a fresh brew of coffee. I was to load our new West Zambia Sable Breeding Bull from a friend of mine just down the road from our family farm in the Water-berg district of Limpopo.

This majestic animal is probably one of the most Beautiful and proud Exotic game species that can be found in South Africa. The Males has a very dark and majestic look to the with the white belly and the dark black upper area with the horns sweeping back over its head.

I arrived at 6am and was welcomed by Jaco and his party of helpers, the vet soon arrived and away we went. I was really excited this morning. We drove on the back of Jaco’s car and soon arrived in the area where V-Tech had been kept. The vet walked on foot toward the area where Jaco put some extra supplementary feed out for him every day. 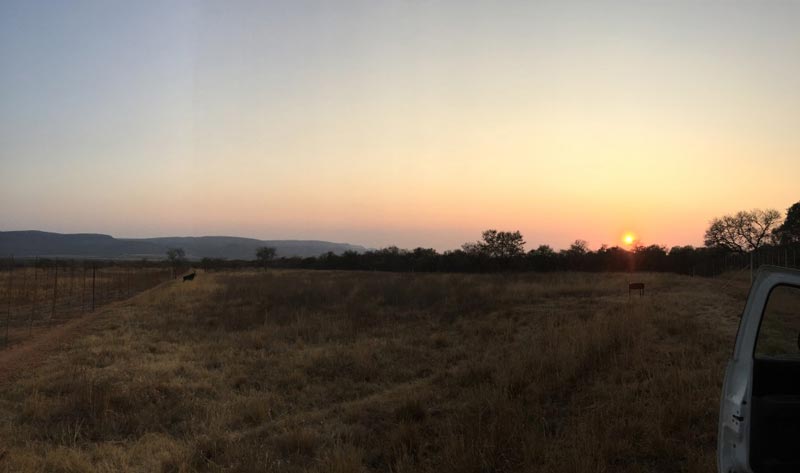 It didn’t take long for him to show himself and in a flash the dart went into the soft muscle of the neck. After around 2 minutes he looked like a Irishman at 3am in the morning after a good session with Guinness.

The Bull went down and we went closer, we began the loading process. We loaded him on the stretcher and now this is where you summons all your strength to pick the big boy up and boy o boy was he a hefty bull, 6 guys just managed to lift him onto the vehicle. 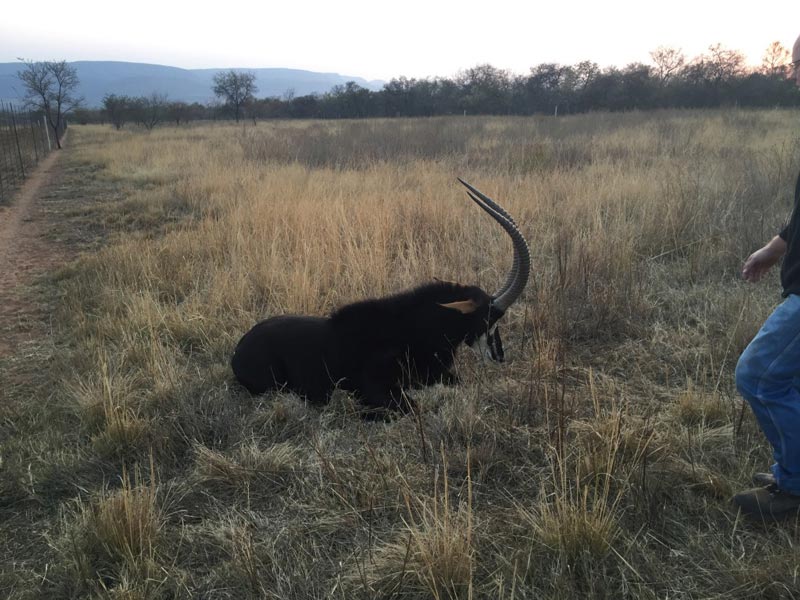 We drove to where I left the trailer and we transferred him from the car to the trailer. The vet started his checkup as we started our horn measurements. He measured an Impressive 39″ on both horns with a 11″ base on both horns with a 18.5″ tip to tip. I was extremely happy, this boy was at least 5 months ahead of normal horn growth, bare in mind he is only 3 years old. Big old mature bulls reach their growth limit at around 7-9 Years so he had still some time to grow. 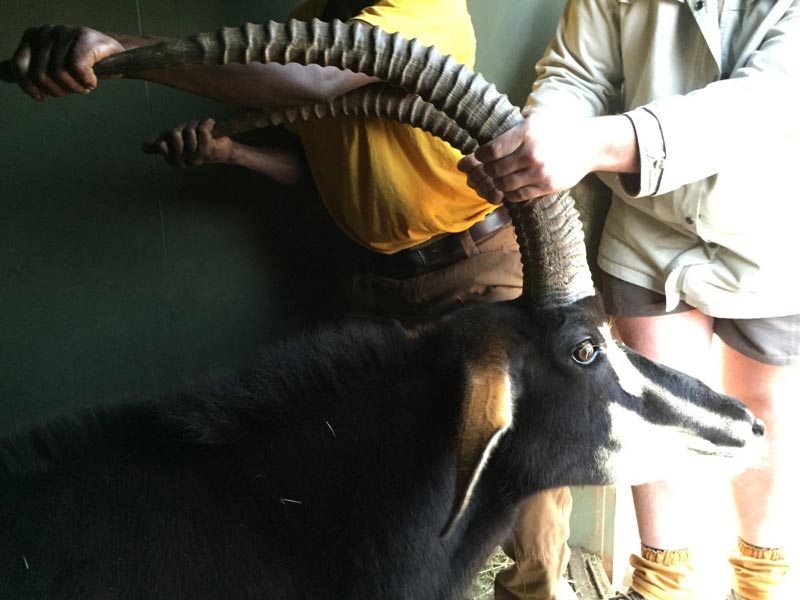 The vet woke him up and he seemed very relaxed, I then made the short journey to our farm +-8km away. We stopped at a nice open clearing and opened the door. He came out the door with a bang and soon he settled in his dressage like trot away from us. He stopped around 80 yards away and looked back at us. That was a great feeling.

We saw him later that evening already united with his new girls. He looked even more proud standing in between the young heifers.

Im glad we have the opportunity as game farmers to keep the numbers of wild animals growing.

I am a Licensed Professional Hunter & Outfitter, avid conservationist and Exotic Game Breeder. I enjoy all things outdoor. My dream is to one day be fortunate enough to get that elusive 100lb Elephant.